In the beginning of 2013, me and my boyfriend, we spent a wonderful two weeks traveling around Sri Lanka.

Few words of introductions.
My grandfather, during his school years, got to know this country still under the name of Ceylon. The current name is in use only since 1972. This island country looks like a drop of water falling from India. Sri Lanka is surprisingly small. It measures less than 70 000 square meters (for comparison: France is almost 10 times bigger!).
Most of people associate Sri Lanka with tea plantations and elephants. However, there were many more things that truly impressed us during our trip! 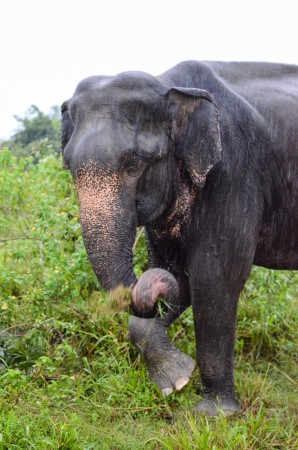 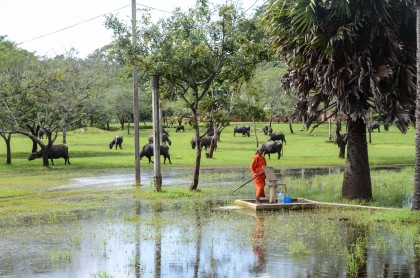 Sri Lanka- country full of contrasts.
1. Even though, most of the local people are living in dire poverty with hygienic conditions that are unimaginably low, they look truly happy and they are all kind to each other. Smiling is so natural for them. It really makes you think… 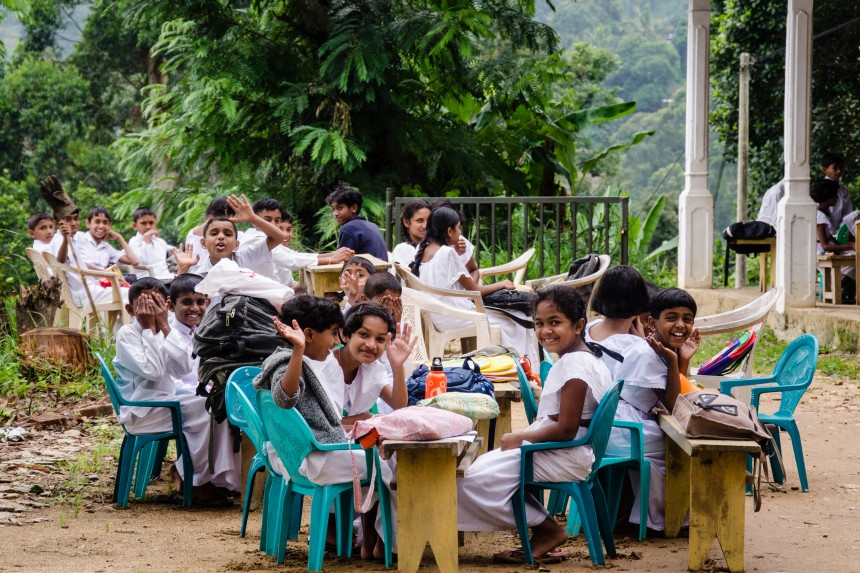 2. This breath taking country gets more touristy every year. The north of the country is much more preserved. The local people are not yet used to see foreign visitors. Especially children were very absorbed by our visit. It was impossible to pass unnoticed. When they saw us, even from far, they run forward us to say “Hello!” (they didn’t speak yet any more English).
Unfortunately, more we went to south of Sri Lanka, more people was seeing us rather as source of money. In some really touristic places, groups of kids were proposing foreigners to pose for a photo in exchange for some money, a pan or some chocolate. Seeing the same kids that are so full of happiness and interested in surrounding world can lose it all for the interest for material things was the saddest part of our trip… 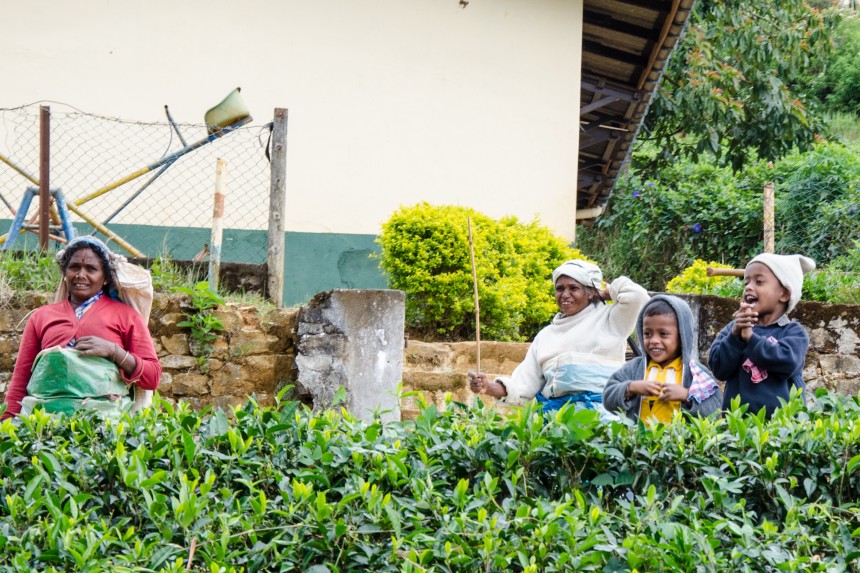 3. Another striking contrast we found in Sri Lanka concern the city traffic. There were places that were extremely crowded, noisy and dirty. After a day in Kandy we felt intoxicated with the car fumes! Only after few hours by train we had an impression we got to a completely different world! In Ella we found an amazing room, far from all streets and noise. We had a view on mountains and on a beautiful water-falls. 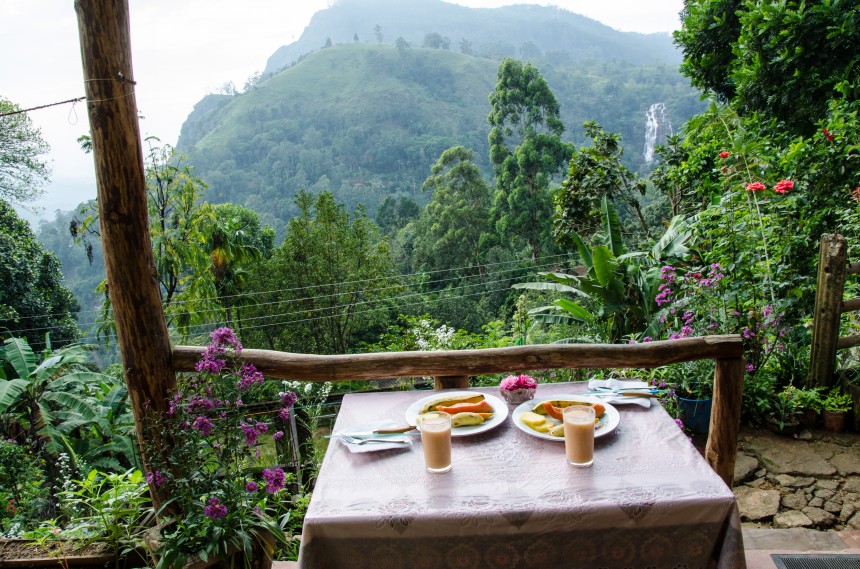 Family that welcomed us in their home. 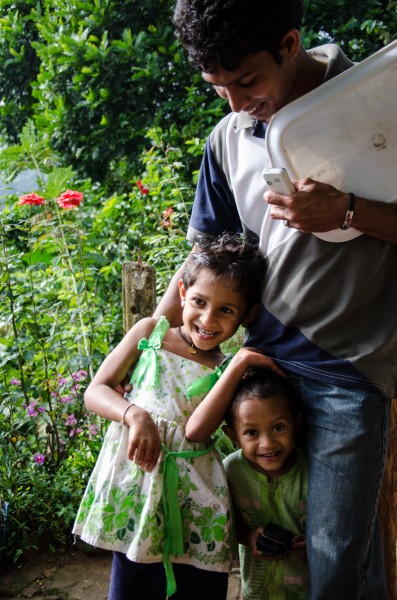 Air was so pure there! We spend entire morning drinking tea and observing nature around us: colorful birds, lizards and we even saw a srilankan giant squirrel! 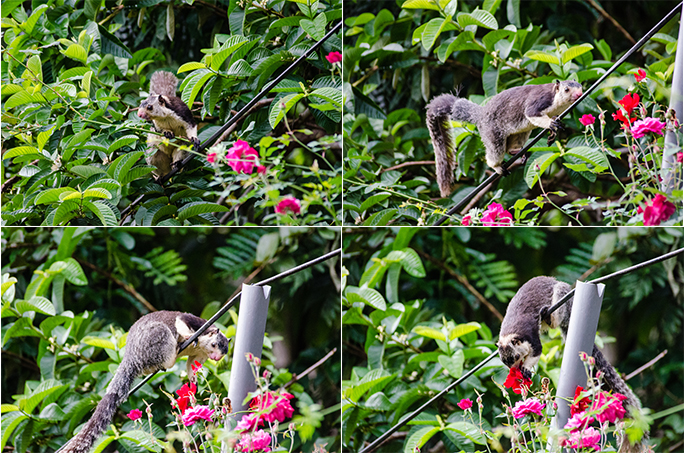 Srilankan wildlife.
There is no doubts that it’s the srilankan wildlife that amazed us the most. When I’m hungry I go to supermarket. In Sri Lanka people get the nourishment directly from the Mother Nature. All around there are coconuts palms and banana trees. Their fruits are hundreds time more tasty that these available in European supermarkets. Example: I knew I like mangoes, but for these that I ate in Sri Lanka I wanted to stay there forever! Besides the fruits and vegetables they also have a huge amounts of rice fields! To cultivate rice you need lots of space and humidity- they have it all. It was also impressive to see people harvesting rice by hand. It has to be really lots of work. After seeing it all the simple “rice and curry” tastes much better!

Also the tea plantations were very impressive. In the Hill Country almost (around Ella) all mountains were covered with them. As I’m a tea lover, during our trip we planed a stop in a Tea Factory.  We chose a little one (near to Kandy) because it is much less touristic. It was a very pleasant point of our trip. Not only we could learn about the process of tea production but also, in the end, we could drink a cup and buy some tea made in this factory! 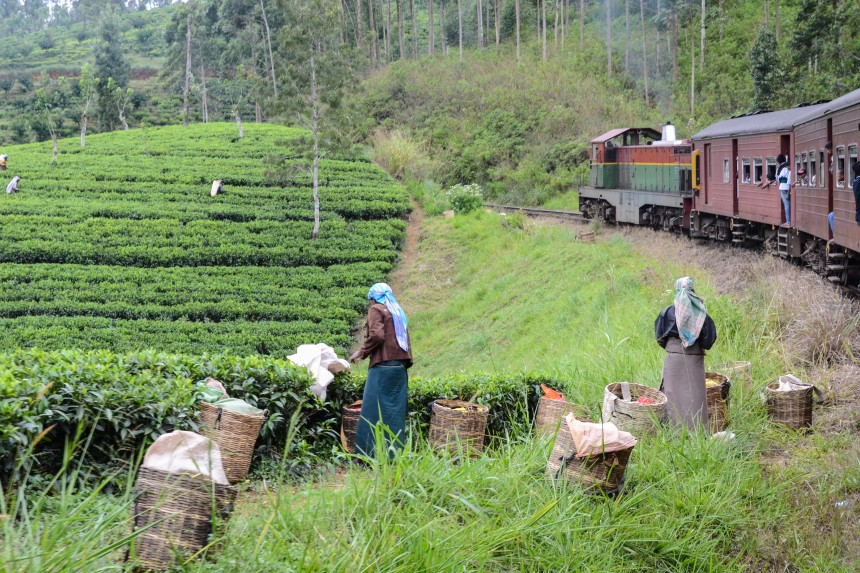 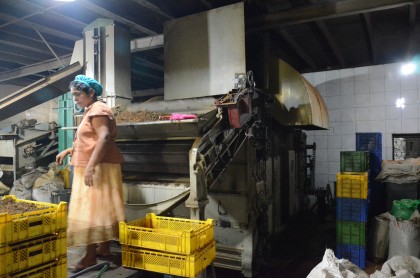 Interesting fact about tea in Sri Lanka is that it is present there relatively shortly. You would imagine it was invented there but actually before Sri Lanka was known for its coffee production. it’s only in the end of XIX century, due to the “coffee leaf disease”, coffee fields were turned into tea plantations. Sri Lankans switched wery smoothly from coffee to tea. Today it’s basically impossible to get a good coffee there because all locals drink only tea. 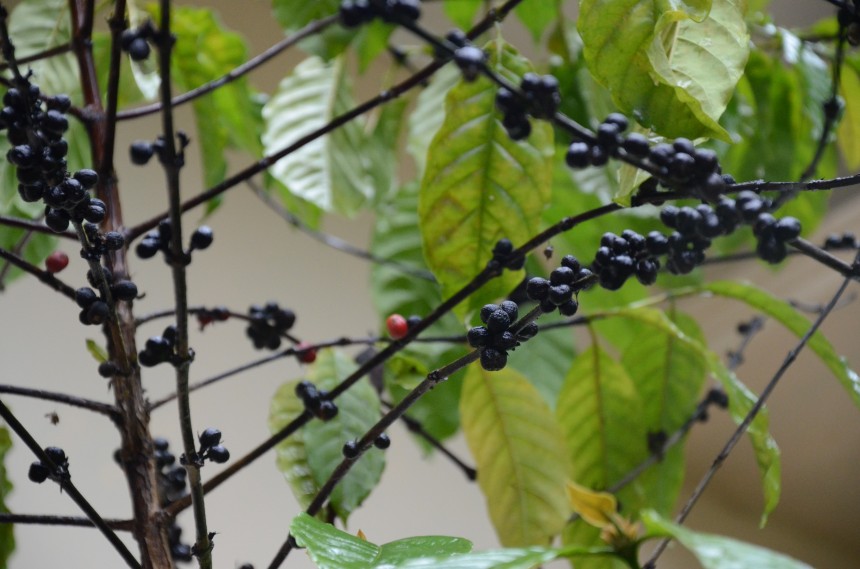 Srilankan women do not travel alone. No matter how old they are, they are always in  a company of brother, father or husband. In the train to Dambulla we met a 30 years old woman (a teacher of chemistry at school) that was travelling with her mother and brother. She told us that after getting her university degree she wanted to go study and work abroad but her parents didn’t let her before she get married. From a point of view of a young European woman it is not fair. But there woman don’t fight it. They say it is for their safety. What I have to admit is that man do treat women with lots of respect. Especially women with children are supported from each side. Before a woman even enter the bus there is already somebody next to the doors to help her in and directly there is somebody leaving her a sitting space.