French Toasts made with Cinnamon Rolls

I have  already shared with you my classical recipe for the French Toasts which I learned during my stay in the USA.
This time, instead of the usual bread I used the leftover Cinnamon Rolls. This turned out to be very nice alternative to the original French Toasts!
It takes only few minutes to prepare therefore, it is a perfect breakfast idea even for a busy day!

For 1 portion you will need:
♥  1 egg
♥ 75ml milk
♥ one cinnamon roll (here is my recipe)
♥ 2 tablespoons butter or coconut oil
additionally:
♥ Maple or Agave Syrup (optional)

1. Slice the cinnamon rolls (into around 1cm slices).
2. In a deep plate combine the egg with milk. Deep the cinnamon roll in the egg & milk mix. It should cover both sides if the bread.
3. On a medium hot pan melt the butter. Put the cinnamon rolls on it and fry on each side until golden brown.
If you like it more sweet you might serve it with Maple or Agave Syrup! 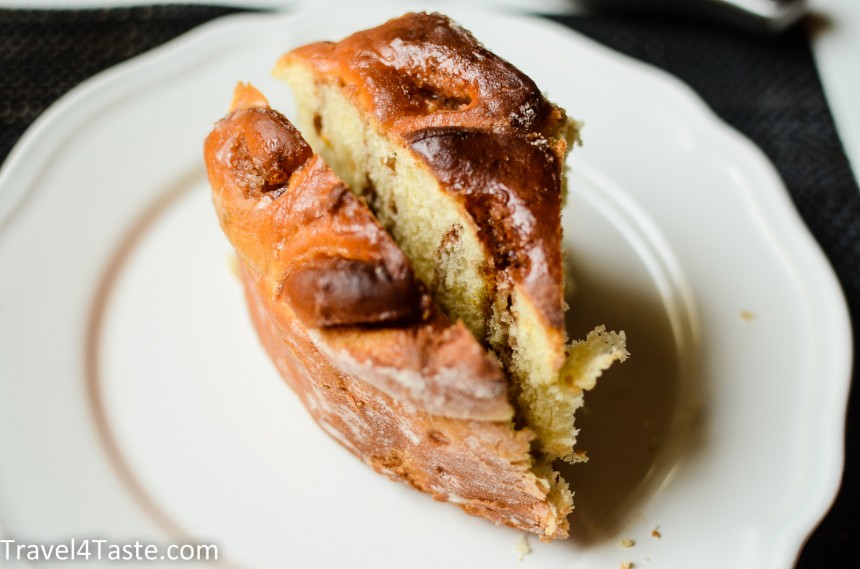 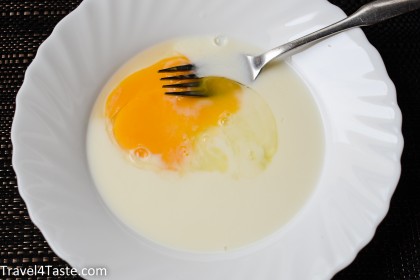 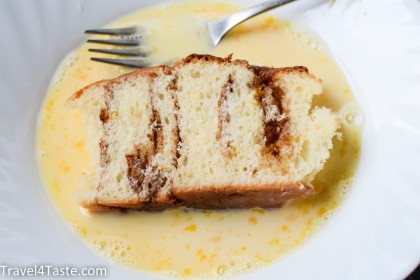 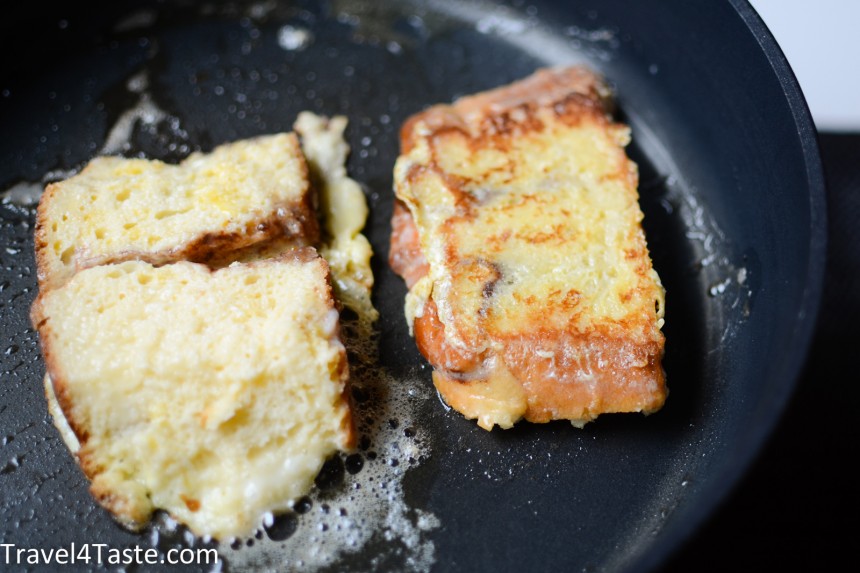 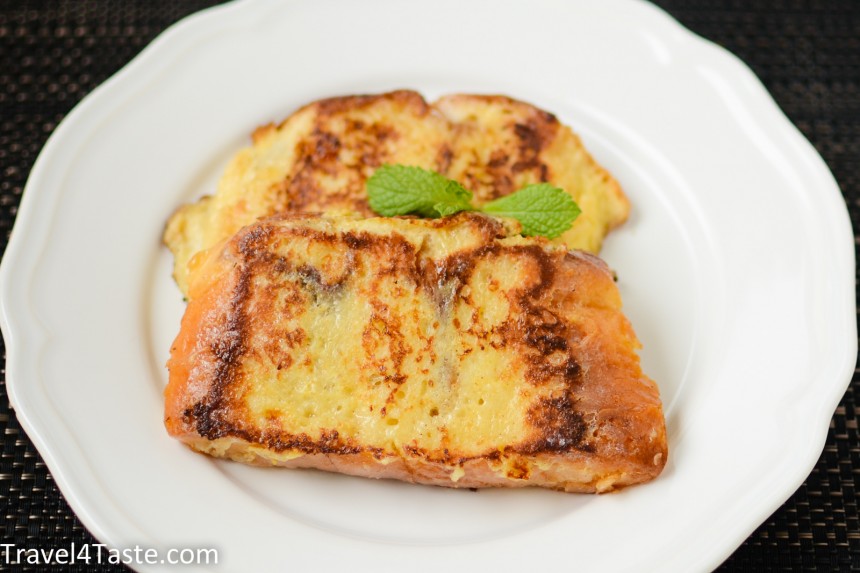